A persuasive essay outline is a previously prepared blueprint that shows you how your essay should look like. It works in the same way as a map, except that it contains all the main points you wish to highlight throughout your essay

A persuasive essay is a kind of essay that is written with the sole purpose of convincing the reader of a point. It is a type of essay that makes use of strong, argumentative words and factual statements to prove a point as true and believable.

As stated above, this is where you introduce to your readers, the idea you want them to adopt as true.

The paragraphs that make up the body of a persuasive essay should be written with enough salient points to convince your readers. To achieve this, you need to first find out enough background information, and gather solid facts that cannot be argued against.

Here, you wrap up your essay by restating your main points. More than wrapping up your essay, your conclusion is also where you state just how your points prove your thesis statement. When this is done, it is important that you leave your readers with a final note that keeps them thinking of the points you have raised.

How to Write a Persuasive Essay Introduction

Any introduction to an article or anything, is the first point of call and the first opportunity for you as a writer to interact with your reader. A persuasive essay introduction is supposed to be written as the first way to begin convincing your reader to see things from your point of view and accept what you put forward as truth.

To write a topnotch persuasive essay, there are a few things that need to be present. These persuasive essay components or elements are what will come together to make your essay the true masterpiece that you want it to be.

The elements that should be a part of your persuasive essay checklist in no order, are as follows:

“Students should be able to choose who their teachers are” is provided below:

A child is a young person who is still the responsibility of another (older) person. Sometimes, these older people are teachers and instructors that teach the children at school, and the children are expected to trust them wholeheartedly to be able to take care of them and ensure their welfare. However, problems arise very often, and the only way to solve these problems is allowing the children to have a say in who gets employed as their teachers.

Several studies have shown that students are made to fail, repeat a class, drop out of school, and in extreme cases, taken their lives because of the attitudes of some of their teachers towards them. Needless to say, the relationship between the students and the teachers are strained at best.

In order to avoid these problems, schools must make sure that their students have a say in their choice of staff. Children are known to be good judges of character, so schools should take advantage of this. When the children are allowed to choose their teachers, they form a solid bond right from the start. This bond is what will work to keep both the students and teachers in each other’s good graces, and ready to overcome any obstacle together.

In writing a persuasive essay, it is rather easy to get stuck or to run out of ideas, especially if you are not naturally confrontational. To overcome this, you need to find persuasive essay prompts to keep your creative juices running.

Persuasive essay writing points work just like conventional writing prompts by giving you what to write about when you either run out of ideas or when you don’t know how to phrase your ideas.

A long example of a persuasive essay format on the topic:

“The Appropriate Treatment for Juvenile Offenders”:

In the 18th century, the legal framework of the criminal justice treated adults and juveniles in the same way. Children that had not even attained 10 years faced charges in criminal courts for which those courts handed severe sentences following trial. Treating juveniles as adults was problematic in several ways because the lack of distinction of offenders using many relevant parameters saw jails teeming with adult and child criminals.

Later, progressive reforms changed the idea of treating children like adults, and they did this through applying a simple philosophy: if a dearth of moral instruction and ideals lead children into crime, then keeping children out of crime required the provision of these things, not jailing them as though they were adults. Minors who commit violent crimes should not face trial as adults.

Progressive reforms resulted in the establishment of juvenile courts that offered rehabilitative functions to young offenders and oversaw protective supervision to child offenders. It did not take long before problems with the nascent juvenile courts emerged, though. A fundamental problem was that judges enjoys wide discretion in cases featuring juvenile offenders, and the lack of formal hearings created significant disparities in the fact that juvenile offenders faced. In the mid 20th century, the U.S Supreme Court decided several cases that helped to set new standards of procedure and the rights for those who found themselves in the juvenile justice system.

Ultimately, the Supreme Court decisions paved the way for Congress to make laws governing the juvenile justice system. In particular, the Juvenile Justice and Delinquency Prevention Act of 1974 became the legal framework for the juvenile justice system, and through this act, states received grants that they could use to come up with programs aimed at containing the number of children who found their way to the criminal justice system. Following the passage of the Juvenile Act by Congress in 1974, there was a surge in the rates of violent crimes, suggesting that legal reforms were not effective in curbing juvenile delinquency (Woolard et al., 2005). The surge in violent crime resulted in political pressure to find ways of handling criminals severely. Therefore, many states decided to pass far-reaching reforms in order to not only remove the difficulties in subjecting juveniles to trail in adult courts, but also enhance the punitive measures prescribed under the law.

For more than two decades, juvenile crime has steadily declined, but reforming the juvenile justice system in order to take it back to its early vision has not proceeded at a pace commensurate with the steady decline in crimes involving juveniles. If the objective of the juvenile justice system is to offer deterrence and rehabilitation to juveniles in order to make them successful once they become adults, it is essential to see how this mission succeeds if we insist that the criminal justice system treat a child as it does an adult. Throughout all the states, court systems do not treat juveniles in the same way. Every state has an upper limit for the age of majority, and below this limit, one qualifies for the jurisdiction of the juvenile court system. Juveniles that surpass the age that states consider the upper limit of the majority age automatically qualify for handling in the adult criminal justice system. Each state has the discretion to determine the age at which an adolescent ceases being deemed a juvenile, and this is the point at which such a juvenile transits into adulthood for the purposes of criminal justice. In majority of the states, an individual can have their case fall under the original jurisdiction of a juvenile court as long as they are not a day older than 17 years. In seven states, 16 is the upper limit of the age of individuals whose cases fall within the purview of the juvenile justice system.

Legal reforms that paved the way for a higher number of juveniles to face prosecution in adult courts instead of juvenile courts sought to offer incentives that would contain the increasing incidence of violent crime perpetrated by youth. Therefore, evaluating the effectiveness of taking a juvenile through the criminal justice system is important. A fundamental question is whether treating a juvenile as an adult deters him/her from committing crime in the future. In one comprehensive study, Lambie and Randell (2013) found that prosecuting juveniles in the formal criminal justice system does not have a significant deterrent effect, and in a majority of the states, there has been an increase in recidivism rates. Data from 15 states shows that, at least in 8 out of 10 times, a juvenile that faced prosecution in adult court and completed serving his or sentence at a state prison was rearrested after leaving prison; in comparison, the adult counterparts of these juveniles were only rearrested in 2 out of 10 times (Zane, Welsh and Mears, 2016).

When a juvenile faces prosecution in a juvenile court, he/she benefits from the services that come with that prosecution process because, in juvenile institutions, the programs and resources have a specific design that fosters juvenile development. In an adult court, a juvenile misses the chance to get important skills, experiences and competencies that enable them to succeed upon transiting into adulthood; instead, in these courts, a juvenile has to contend with surviving in a set up in which an adult criminal serves as the teacher. If a policy for controlling crime places an increasing number of young people into the criminal justice system, the policy becomes more of a symbol for signaling toughness than a tool for remedying a problem.

From start to finish, your essay needs to be on point for it to achieve its aim of persuasion. The outline, examples, templates and explanations provided above will help you bring the best out of your essay. 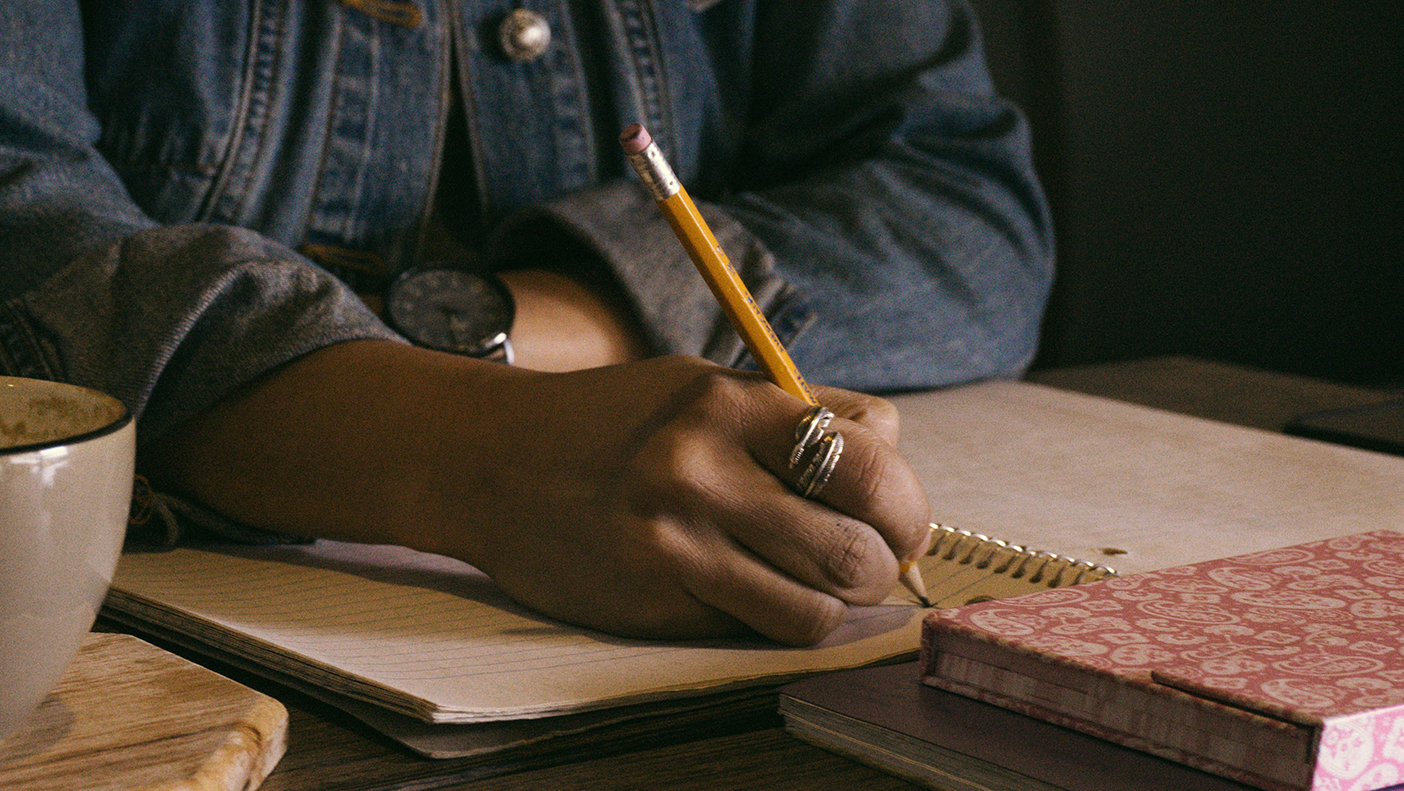